A business idea from a sheet of A4

In 1942, Finnish offices were facing changes.
Finland was one of the first European countries to adopt the DIN paper format, which also included the A4 sheet. This had an immediate effect on office furniture: there was a lot of paper, and the furniture had match the paper sizes.

At the same time, Finland was also suffering form a shortage of materials as a consequence of the wars. Matti S. Martela (1913–1987), who was working in the wood processing business he had founded, realised that industrial manufacturing was the only way to meet the needs of new furniture in an efficient way. He came up with a business that would manufacture sensibly designed office furniture according to the new regulations.

The first major customer of the new company was the Finnish Government, which began by placing an order for fifty desks designed by interior architect Rumjantsew. Before the company even had time to fulfil the order, they had already received an additional order for another fifty desks. This provided a great start for the new business. 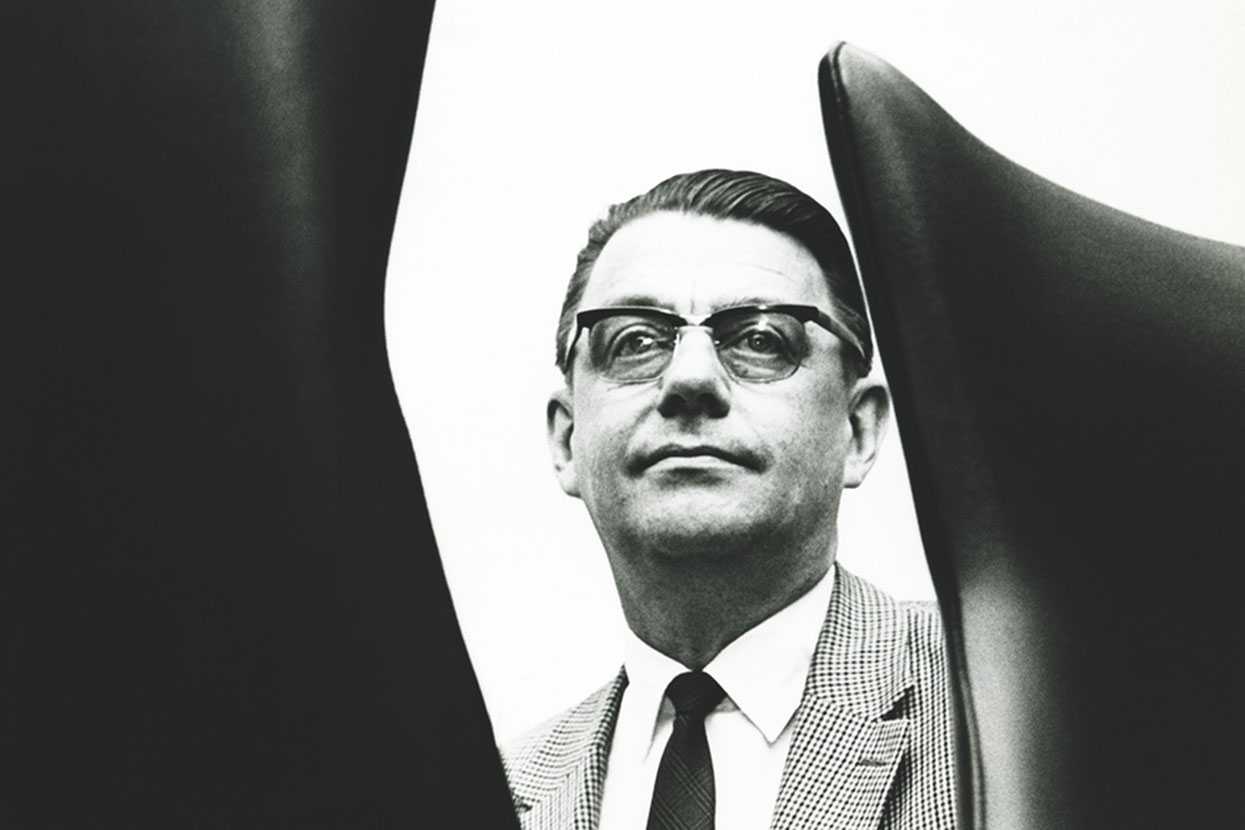 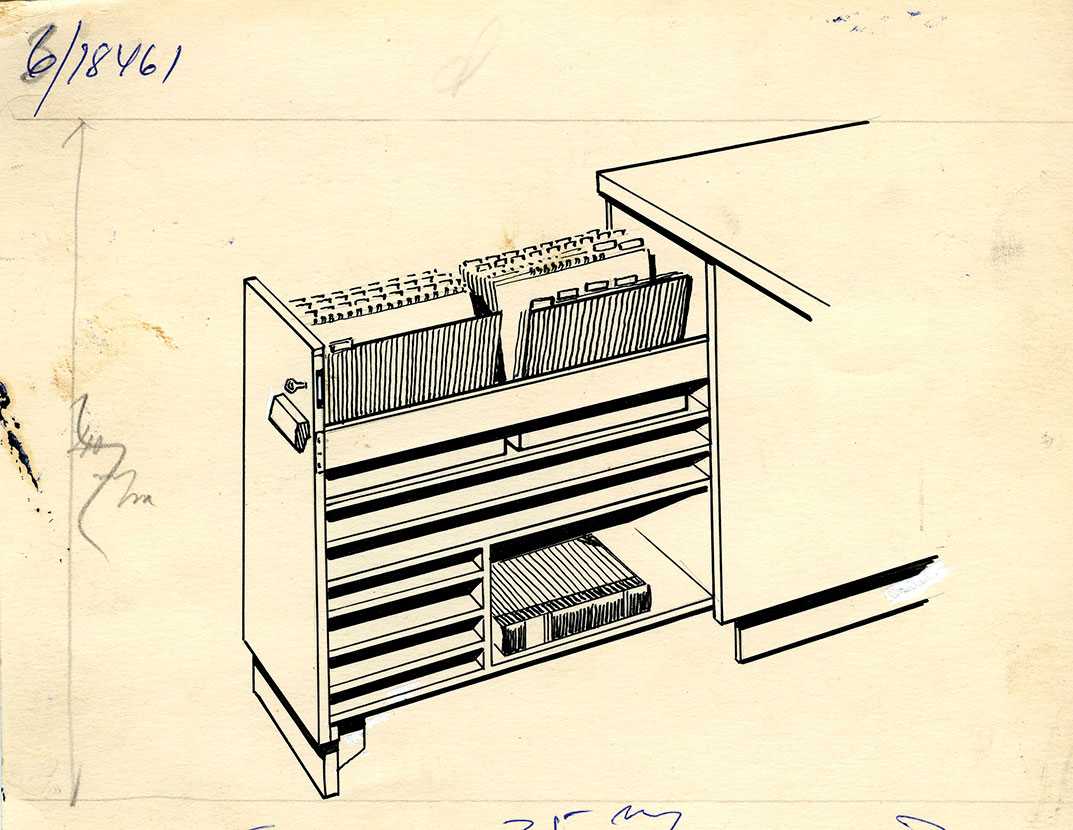 From individual pieces to modular workstations

The company looked abroad for new influences for its office furniture.
On a trip to Sweden in the 1950s, Matti S. Martela began to develop an idea on modularity. Tehokaluste would begin to produce standardised furniture which could easily be assembled into units that would suit different kinds of workplaces.

The product range expanded from individual pieces to office units, and the company also began to offer its customers design services. Tehokaluste’s interior architects designed the furniture that would best suit a certain workplace, including suggestions for upholstery.

In the 1950s, giving employees more energy and preventing illnesses that cause incapacity for work through ergonomic furniture was a completely new way of thinking. Tehokaluste launched chairs that supported a correct sitting position, movable typing surfaces, and adjustable telephone holders.

In 1955 the company launched the Kilta chair designed by Olli Mannermaa, and it set the path for the idiom of modern office furniture. The sculptural shape of the chair was striking yet comfortable. The impact of the Kilta chair can be seen in the ongoing interest in design classics. 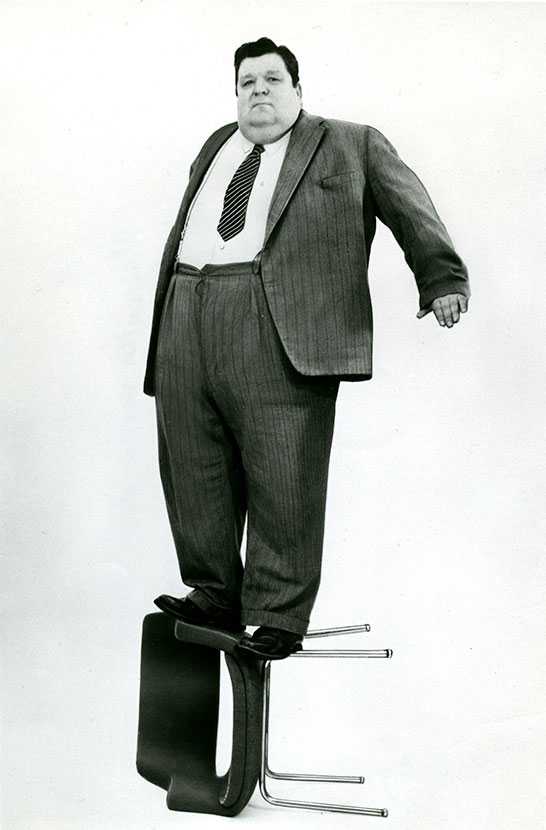 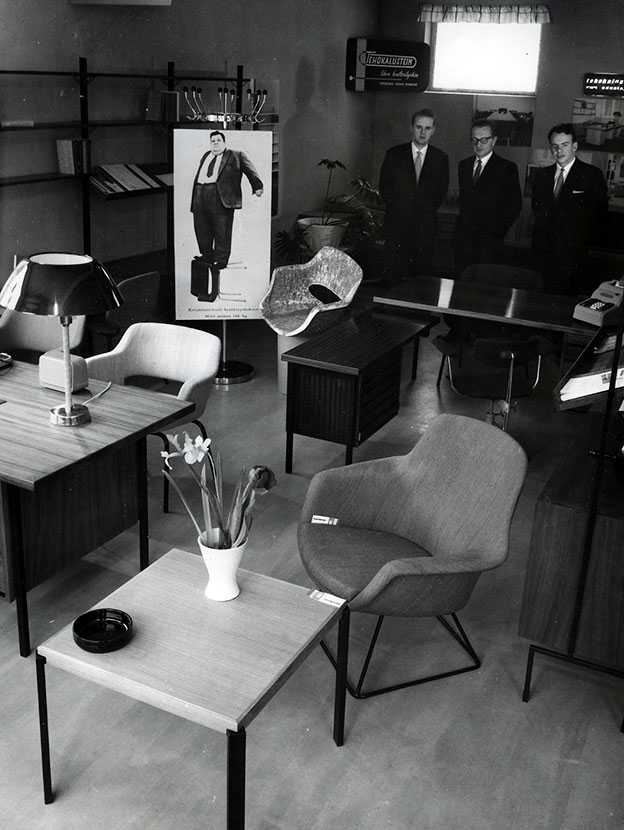 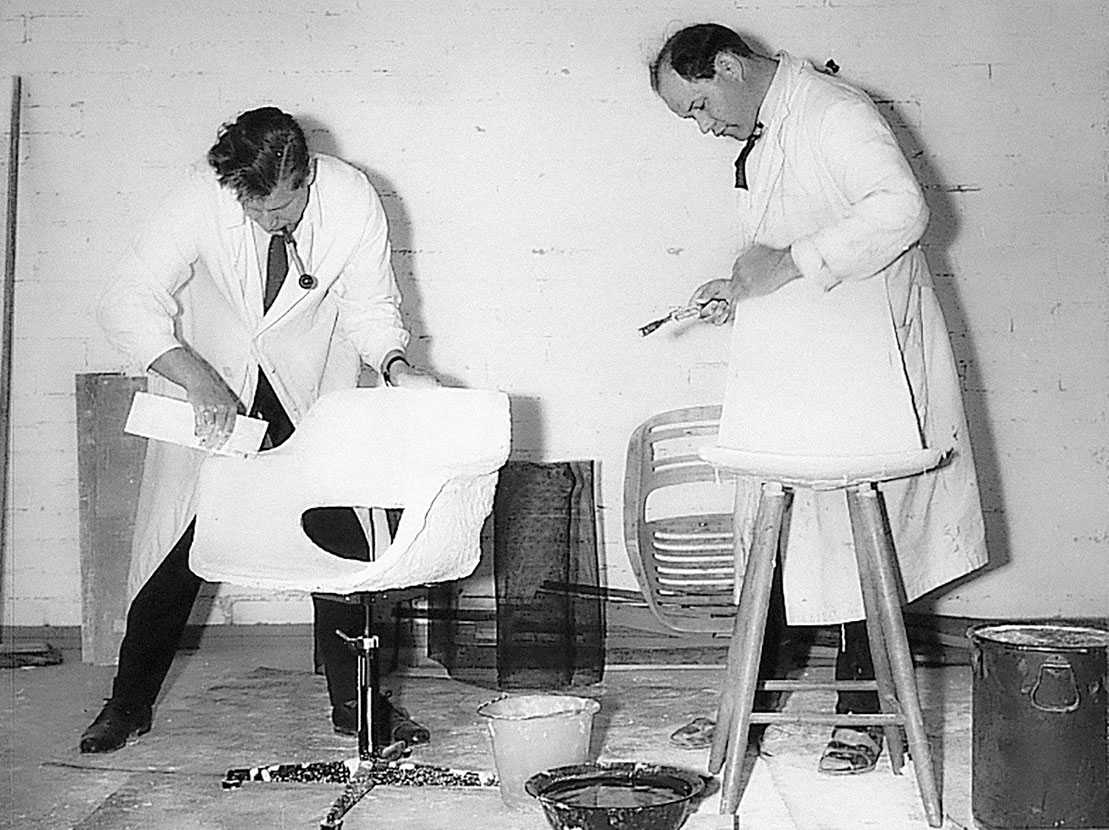 Knocking down walls and adding screens

The 1970s saw the rise of the open-plan office.
For this type of office Martela designed furniture which could easily be placed in an open space. The design was based on observation: the designers observed how people worked, and they emphasised the importance of people’s individual needs.

Hierarchies were flattened and interaction increased in the work communities, but critics soon felt that there was too much open space. Psychological values such as quiet working conditions and the opportunity to participate became the new guidelines for office design, and sound insulated partitions were added to the open spaces.

From the 1980s, workstations became focused on computers. In the early days there were few devices and they were placed on side tables. Soon computers became a regular tool for all office workers, and additional surfaces for screens and keyboards were used to increase ergonomics.

In 1974 the company was renamed Martela, and it became one of the largest companies in Europe within its industry, employing nearly 900 people at the end of the 1980s. Martela was listed on the Helsinki Stock Exchange in 1986. 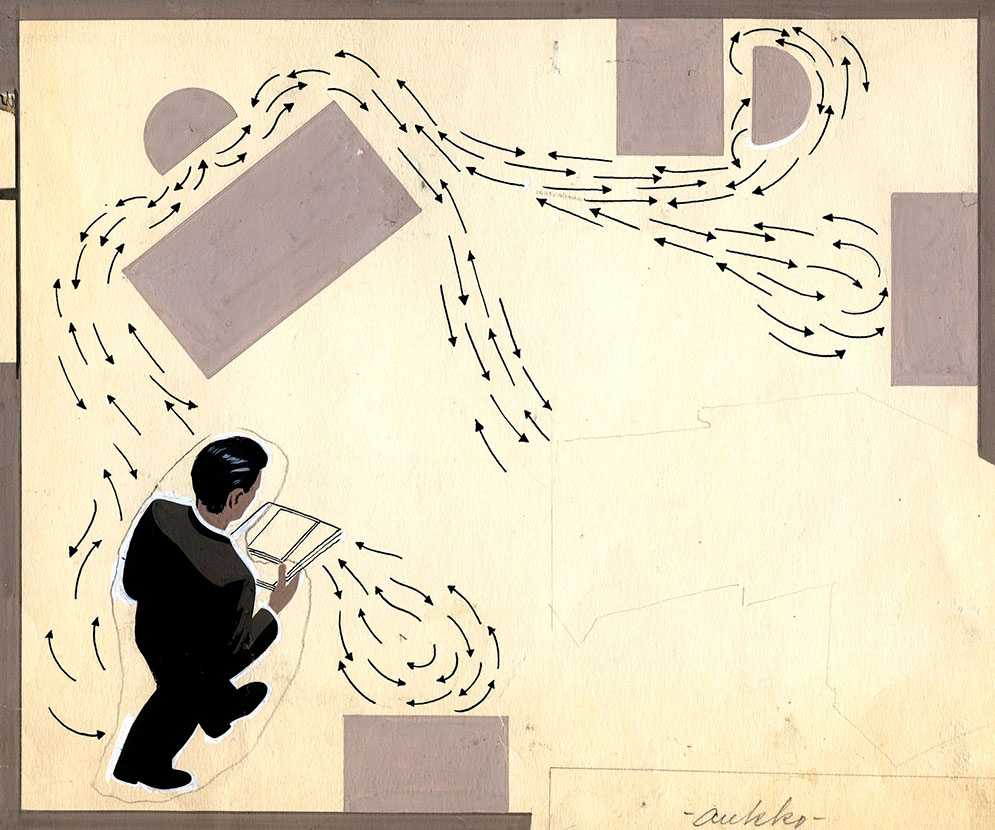 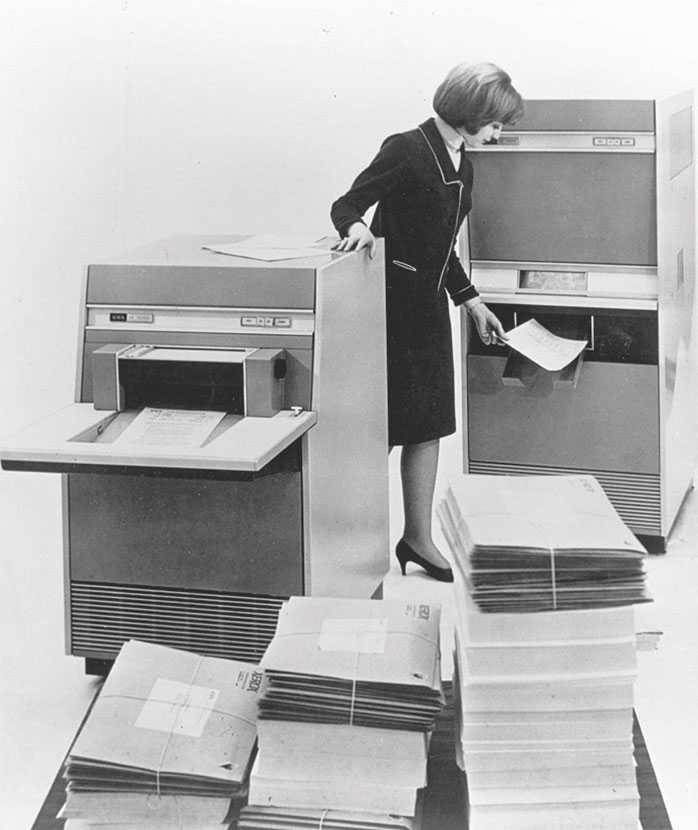 An emphasis on creativity, flexibility and mental wellbeing

The trends that characterised working life in the 90s were soft values, humanity and an emphasis on relationships between people. Teamwork increased, and companies began talking about self-steering teams. Flexible working hours and telecommuting became more common.

Meeting places were added to offices, and fewer and fewer people were expected to work all day long sitting in the same place. Ergonomics was no longer applied only to the body, but also to the wellbeing of the mind. Creative ergonomics was used to find opportunities for efficient and fun work.

IT transformed not only the work itself, but also the design of workplaces. Martela adopted the Office Maker software which allowed them to design and present premises as 3D models. Delivery times were also reduced when the software was linked to the factories. 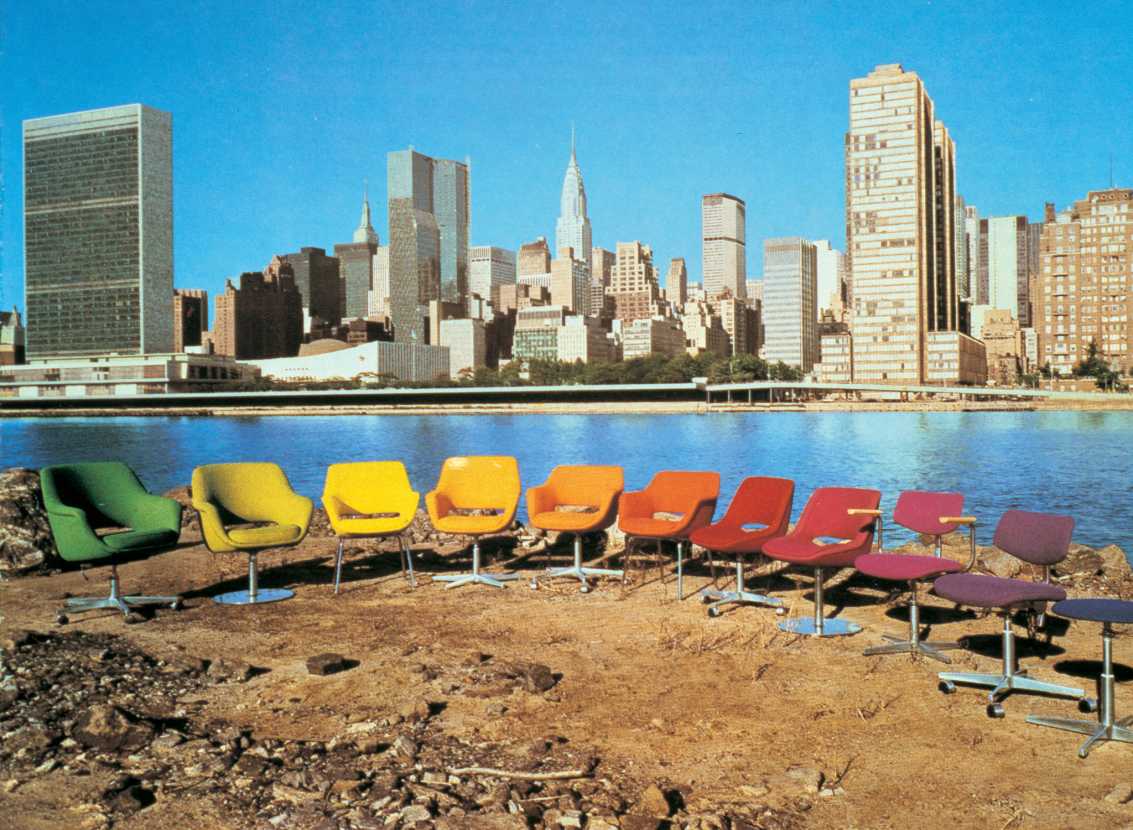 The increase of mobile work and telecommuting meant that more and more individual workstations were empty most of the time. Efficient, versatile and flexible use of space reached a whole new level when workstations became shared and suited to different needs.

As the 21st century progressed, workplace design began to emphasise seamless work, areas suited to different kinds of tasks and requirements, and the importance of internal encounters and the flow of information. Easily adjustable desks for standing or seated work became more common.

Developments in technology freed employees to move flexibly from one workspace to another according to task or requirement. Now activity-based environments are designed with a focus on cognitive ergonomics: the mental load should be balanced by spaces that promote creativity and recovery.

Martela’s solution for modern workplaces and learning environments is based on a 4C approach. We offer employees and students custom-made spaces for different requirements: collaboration, concentration, interaction and recreation. Monitoring user numbers and how the spaces are being used allows us to optimise the use of space continuously and keep the environment up to date.

Workplace as a service

Services
A user-centric workplace adapts to changing needs. Learn more about our Workplace as a Service!