Workplace of the future – offices become smaller with focus on wellbeing

People are being vaccinated at an increasing speed. Governments are polishing their exit schemes, and the removal of restrictions has already begun in several countries. In companies, people are busy pondering where and how work will be done when the world opens up. In the workplace of the future, there will be a focus on wellbeing, and cost savings will be gained through smaller office spaces.

One thing is for sure: work will no longer be like it used to be. In the future, an increasing number of knowledge workers will, on a weekly basis, work both at the office and at home. In a survey conducted by Martela, more than half of all employees would like to telecommute more than two days a week.

”During the past year, the way we do knowledge work has undergone a revolution, but many employees will return to the same office they were forced to leave to work from home. Currently, many companies are in a situation where they have too much space, and they need to meet the needs of new ways of working in one way or another,” says Eerikki Mikkola, who is responsible for service design at Martela.

Offices become smaller – quality is the focus instead

How much space will you need in an office in the future? Probably far less than before. What is most important is that the use of space is based on needs. A suitable amount of just the right kind of space can save a large company hundreds of thousands of euros. A modern and well-suited workspace will also attract people to work at the office. 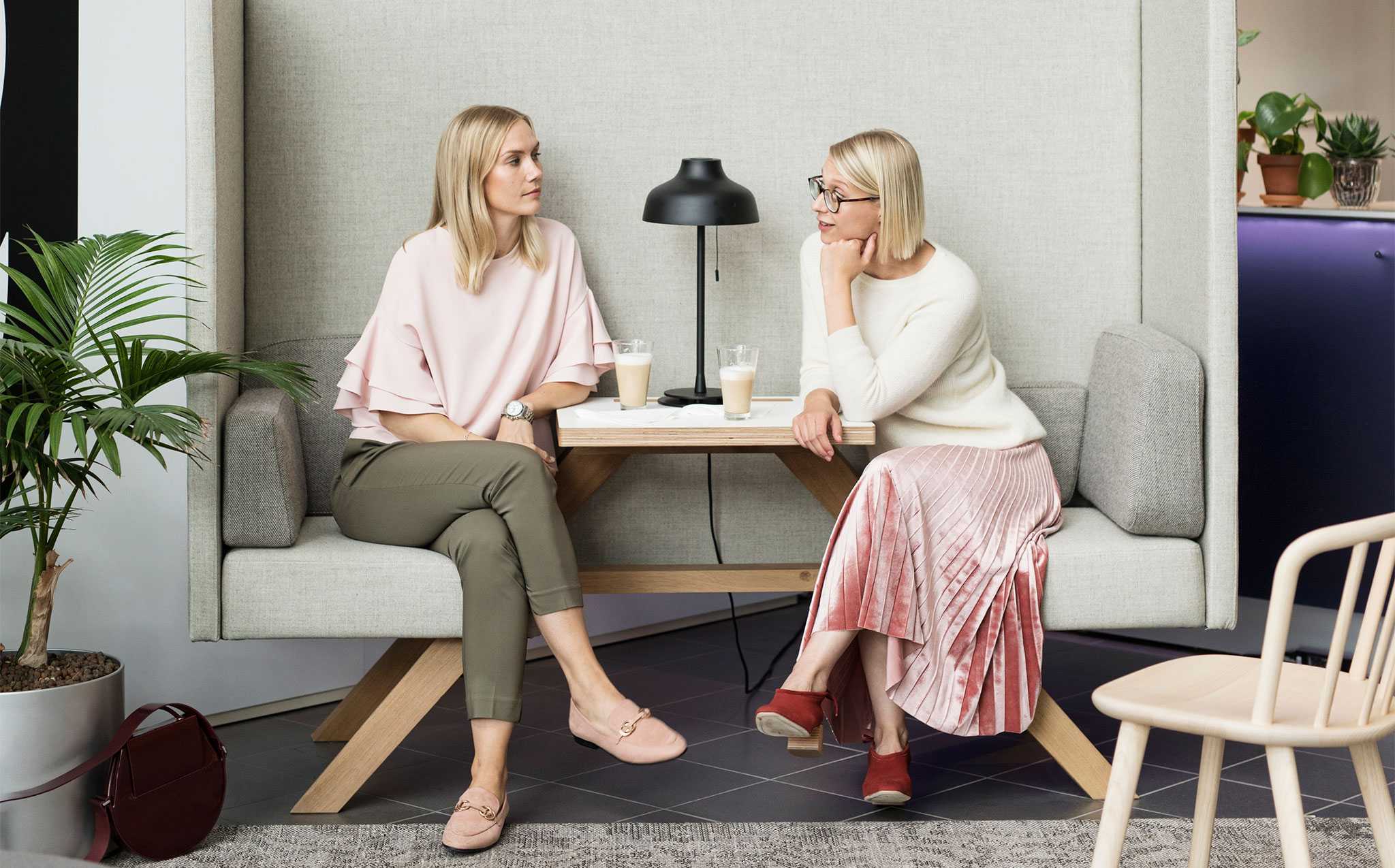 Instead of quantity, companies should focus on quality. When a significant proportion of employees expect and wish for clearly more extensive telecommuting practices, personal workstations can be replaced with various workspaces suitable for different kinds of working methods. “The wellbeing of the personnel and cost savings are not in conflict with one another, but rather the opposite. A poor workplace may cause significant and unnecessary stress if there is no suitable location and space to do your work,” Mikkola says.

We can foresee with a high degree of probability that working methods will change in the future as well. Martela’s service model provides an easy way to tackle the challenges caused by current and future changes. For a monthly fee, it enables the fulfilment of all the workplace needs of a company. The content and monthly fee of a modern workplace are flexible according to your needs.

The circular economy plays an important role in the service model. In practice, Martela recycles the company’s current furniture and creates a new workplace by combining old and new. High-quality furniture is easy to refurbish and reuse, allowing smart use of resources in implementing the changes.

”We create user-centric workplaces for our customers where it is comfortable to do your work. Our pieces of furniture withstand use and refurbishment, and owing to them we can offer the best possible working conditions in an environmentally friendly way,” Mikkola says.

Read more about the Workplace as a Service model!